www.facebook.com/artworkshopsatjervisbay
Bibbenluke Lodge – the home that Lucy Culliton shares with partner Jamie and an extended family of winged and four-legged friends - is a large rambling homestead on 60 acres of land near Bombala.  Lucy has taken in all manner of creatures that needed care and has many hand-reared animals that follow her around as though she’s the Pied Piper.

Entering Bibbenluke Lodge is like stepping into Lucy Land; all the scenes from her paintings over the years are suddenly here in real life, from her garden and her house, to her pigeons, chooks and pots of cacti.  Paintings – both Lucy’s and other people’s - line the walls of every room and they’re floor to ceiling in the corridors.  It’s as though painting is a sixth sense for Lucy; it’s how she recognises the world around her, the important elements in her environment - and although she only very rarely paints herself into her own paintings, there is a sense of her in every one.
We have tea and then join Lucy in the afternoon feeding round of the animals – a great excuse to meet some of her menagerie.  As Lucy explains:

She pauses for a moment. “Oh, I forgot the magpies – Karen and Annette. I think that’s all.”
It takes a while to get all the animals fed and we wonder how on earth she manages to find time for painting – particularly as she is so prolific.

“I have a strict routine – I get up early, so I’ve fed and done all the animals before 9am and then I’m in the studio painting.  I’m freshest in the morning, so I work solidly till lunch and then decide whether to keep painting or ride a horse or just do the shopping.  And I pretty much work weekends too.”

This focus and discipline partly explains why Lucy Culliton has consistently achieved such success in the art world. Her paintings have been included in the Archibald, Wynne and Sulman prizes at the Art Gallery of NSW and she has won many prestigious awards over the years, including the Mosman Art Prize and the Portia Geach Prize for Portraiture.  At the same time, she has also developed a loyal following through her exhibitions at The Hughes Gallery in Sydney, resulting in many sell-out shows.  It’s a magic combination of obvious talent, hard work and a sincerity that shines through in her paintings.

So how did Culliton end up here in the far south of NSW?

“I’ve been at Bibbenluke for about 6 years now,” says Lucy.  “I knew the area from when I was young – my family lived around here for about a year. Anyway, I came back after art school to do some landscape painting, I was driving into town and there was a For Sale sign outside this place and that was it.  I’d arrived. Locals asked “How are you going settling in?” and I’d say that I settled in driving up the driveway.”

Since this time, Lucy has made many paintings based on her property and the surrounding landscape, plus many of the animals that live there.

“I love painting a subject that’s nearby… and not going out! I can be here and feed my animals and be with my dogs, so I love working at home – the garden, the house and the sheds and flowers.”

Lucy likes to be present at her exhibitions (which are most often in Sydney) and talk to visitors about her work, so it seems that she will have to continue to venture out of her southern haven and up to the big smoke at least from time to time.  But with the call of over 400 of her favourite animal friends, not to mention her partner Jamie, you can be sure she’ll be happily ensconced back in her beloved Bibbenluke before too long.

Painting is a theme that has run through almost all of Kim Shannon’s life.  In one way or another, it has been her method of interpreting her surroundings and of recording aspects of her world for decades.  Having travelled the world in pursuit of her art, she is now back in Australia; and from her base in the southern highlands, is able to spend time exploring parts of the beautiful south coast, painting, teaching and exhibiting from Jervis Bay to Bodalla. 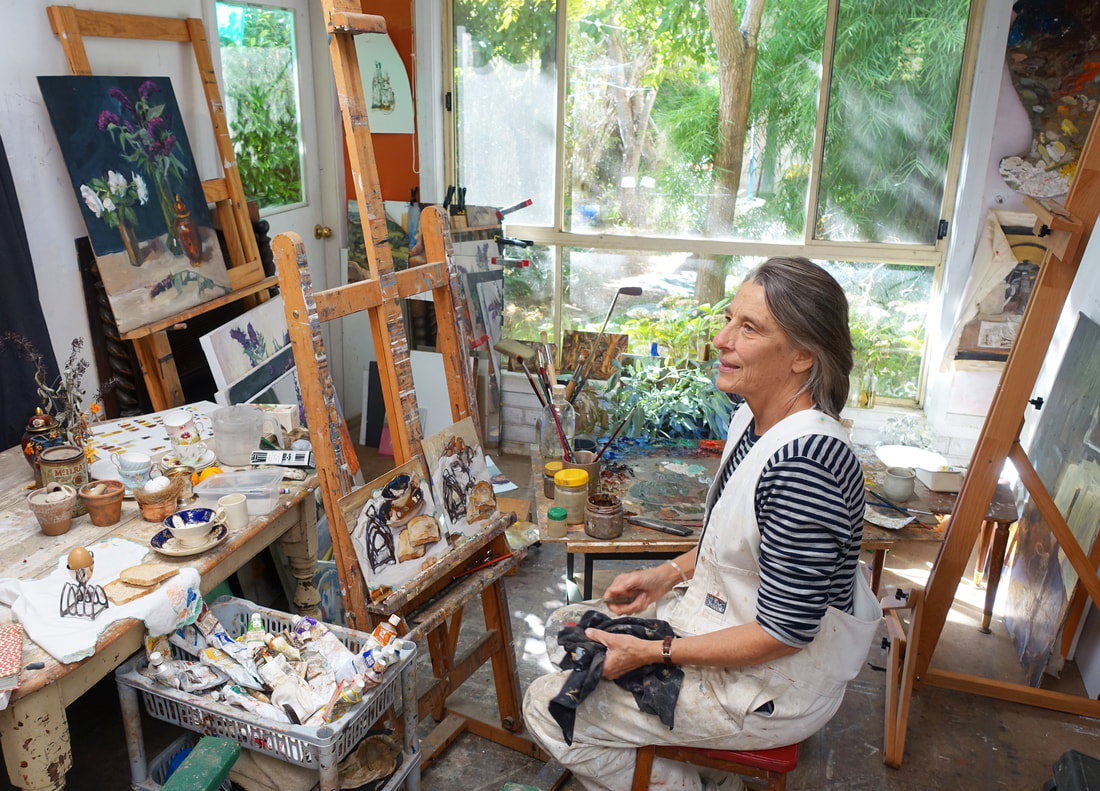 ‘That’s what you did back then,’ Kim says whilst sipping tea in a large room where almost all the wall space is taken up by her paintings.  It’s definitely what you would call a ‘salon hang’, as Kim sometimes uses her own living space to hold exhibitions.  “Back then everyone went overseas.  So I went off in 1978 on my voyage of discovery.”

“I wasn’t thinking about studying, but I did some life drawing at a school in London and then ended up getting a scholarship to the Royal Academy in Piccadilly for 3 years. It was amazing.”

Kim was able to immerse herself in the vibrant London art scene of the late 70s and see all the blockbuster shows of the time, from exhibitions of Venetian painting to Monet and everything in between.

‘As students we were able to get into everything for free in those days, so I would go and see the shows again and again,’ says Kim.

Kim stayed in the UK until the early 90s when her first son was born.

‘Then we went camping one summer in France,’ she explains. ‘And we had such a good time, Freddie (Kim’s husband) went looking for a house.’

They found a place close to Toulouse and the Pyrenees; an old farmhouse with a couple of acres – enough room for chooks and a vegie patch.  So the family, now with 2 young boys, stayed in France with the children attending local schools and Kim and Freddie doing odd jobs to make ends meet.

‘It was an idyllic existence really,’ Kim reminisces. ‘I painted most of the time and I would sell some of my paintings in the local markets.’

But having spent over 15 years away from Australia, in 1995 it was time for the family to return home.  The boys were growing up and Kim had a painting career to resume.

‘I painted a lot in the studio when we returned – when you’ve got young kids you can’t be out and about very much so it was great having a studio in the house,’ says Kim.  ‘Now that the boys are older I’m finding that the landscape is appealing to me more and more, so I’ve been spending time painting down on the south coast.’

‘It’s a magic area – absolutely gorgeous. Particularly down in the Murramurang National Park, where we often camp and around Green Patch at Jervis Bay. It’s so lovely just painting the headlands and snippets from the coast. ’

‘I’ve always loved the south coast and we seemed to end up there whenever we wanted to see some sea! And with the National Parks, it feels as if you are miles from anywhere. Whilst the boys were off swimming and fishing I would find quiet spots to paint, undisturbed. I would often paint for hours down there.’

Kim Shannon’s work has always involved different painting genres and her skills are evident in her landscape, portrait and still life work. It’s a testament to her broad-ranging experience and thorough art education that she has such ability in these very different areas. She has shown her work throughout Australia as well as overseas, but most recently at Gallery Bodalla – a boutique gallery on the far south coast.

“It’s such a beautiful space in the old Post Office in Bodalla and it was a lovely opportunity for me to show my paintings in a great venue on the south coast.’

And for Kim, painting has always been about exploring her world and sharing what she discovers.

“You see something and you want to touch it.  And you can get that tactile quality in paint; you can use paint to explain an object,’ she says. ‘I’m always trying to get the feel of whatever it is I’m painting.  It’s not about being exact - it’s about sharing what an object or a place feels like.’

﻿Alasdair McGregor will be joining us later this year to conduct a single day plein air (landscape) painting workshop.

Alasdair's own work spans painting, writing and photography - talents he has managed to fuse to produce a range of books about wild and remote areas of Australia and Antarctica.

﻿"I am a writer, painter and photographer based in Sydney, Australia. My professional and creative interests range across a number of fields and include natural history and the environment, architecture and design, and the history of exploration."﻿

Alasdair's work has taken him all over the world, but most frequently he continues to visit Antarctica and the wild regions of Australia.   From 1996 to 2001 Alasdair was artist and photographer for the AAP Mawson’s Huts Foundation, taking part in three summer expeditions to Commonwealth Bay, Antarctica. His account of the conservation work undertaken at this internationally renowned historic site was published in 1998 as Mawson’s Huts: An Antarctic Expedition Journal.

Above: Images in oil from Antarctica and the Mawson's Hut conservation project
"I employ a variety of mediums, but favour gouache on paper for my all-important en plein airfield studies, and oil and acrylic on canvas for more considered and detailed studio paintings."

Below: 2 gouache studies painted en plein air in the Flinders Ranges and in Sydney's Pittwater region.

Alasdair was born in Sydney in 1954 and studied architecture at the University of New South Wales, gaining a Bachelor of Science (Arch.) in 1976 and a Bachelor of Architecture (Hons.) in 1979. After a year working in the Government Architect’s Branch of the New South Wales Department of Public Works, Alasdair decided to pursue a long held dream of becoming a painter.

Since the early 1980s he has devoted himself to his artistic self-development, first as a painter, but later also directing his energies to writing and photography.

Below: Oil paintings from Wollagambie, Sydney and Australia's wild islands
Alasdair's books include biographies of Antarctic photographer Frank Hurley and architect Walter Burley Griffin as well as  'coffee table' books on The Kimberley and Australia's Wild Islands and also on Antarctica and Mawson's Hut. 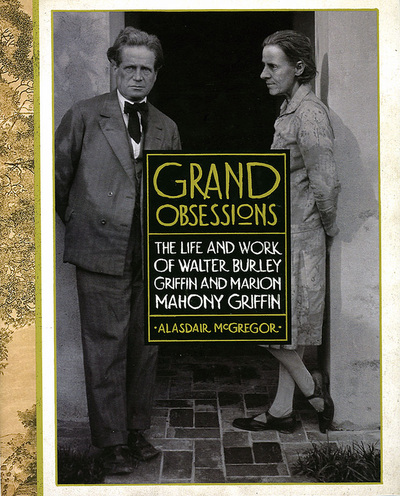 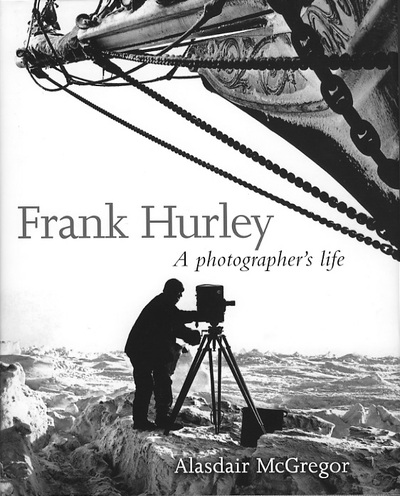 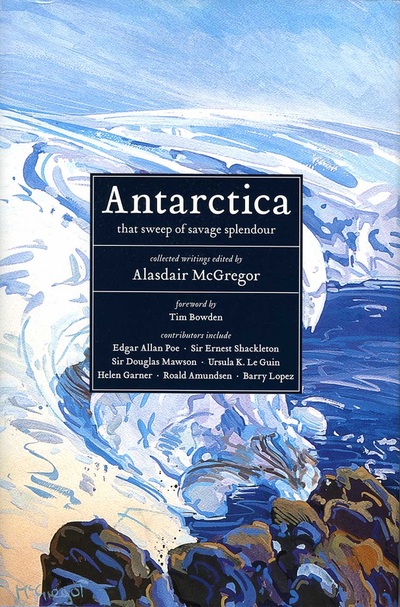 Alasdair is an extraordinary talent and a true renaissance man.  His knowledge and experience in landscape and particularly in plein air painting is extensive.  Having the opportunity to share time painting with Alasdair and tap into his wealth of knowledge in this area is an experience not to be missed.

Alasdair will be teaching plein air workshops beginning in 2015.
You can see more of Alasdair McGregor's painting and learn more about his work on his website: 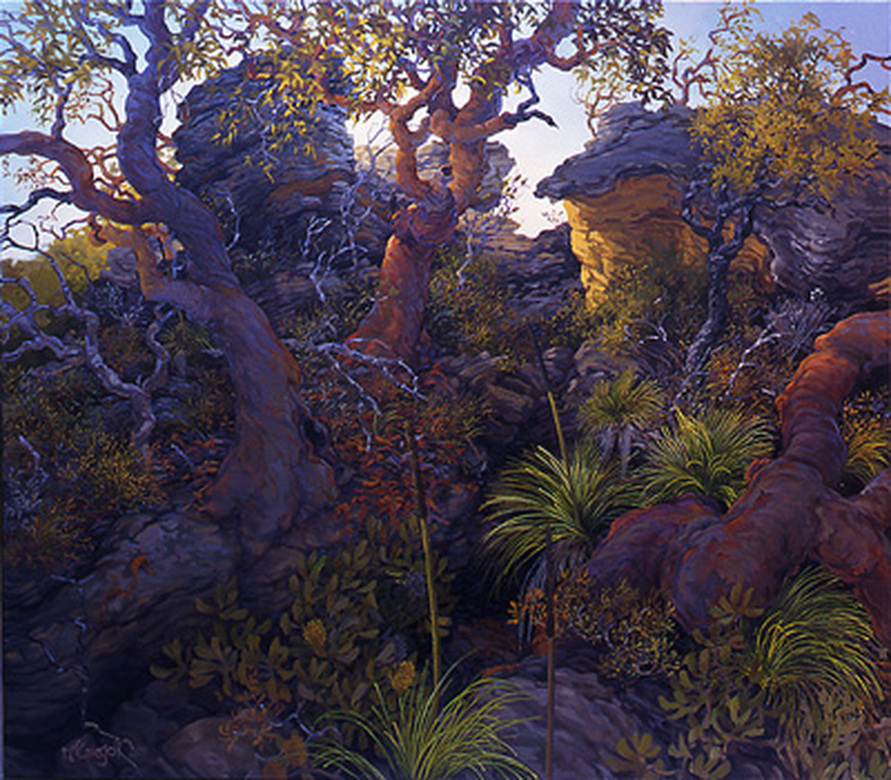